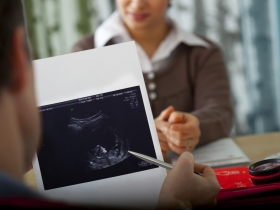 Markéta is a freelance copywriter with a doctorate from FAMU in Prague. She has been working as a freelancer for more than 10 years and enjoys writing and research. In particular the art of putting things in context in an understandable way.

The eighth week of pregnancy is an important milestone in foetal development. In the second month, the baby begins to resemble a human in appearance, even though it is about the size of a bean. During this period, changes occur in not only the foetus, but also the physical and mental condition of the pregnant woman. A large influx of hormones can cause fatigue, nausea, irritability or so-called "cravings". What should you prepare for in the eighth week of pregnancy?

Development of the foetus in the eighth week of pregnancy

During examination by a gynaecologist, both routine and 3D ultrasound show the foetus entering its final embryonic phase. In the eighth week of pregnancy, most of its bodily systems and organs are in place and it measures about 2-3 centimetres. From the end of the second month, the baby continues to develop and gain weight in the womb.

The foetus's limbs begin to develop at high speed and fingers and toes become visible on the legs and arms. The head is still significantly larger than the rest of the body, and the eyelids, tongue and nose are starting to become visible. Rapid development also occurs in the brain, nervous system and internal organs.

In the eighth week of pregnancy the network of blood vessels is visible and cardiac activity is audible. The capacity of the heart increases and the heart rate stabilises. The embryo slowly becomes a small person.

Until now, the ovaries, which have been producing the hormone progesterone, have played a major role in maintaining the pregnancy. Now it's the placenta's turn to take on this task. Women who become pregnant through IVF must take the hormone artificially in the form of tablets or suppositories, or intravenously. 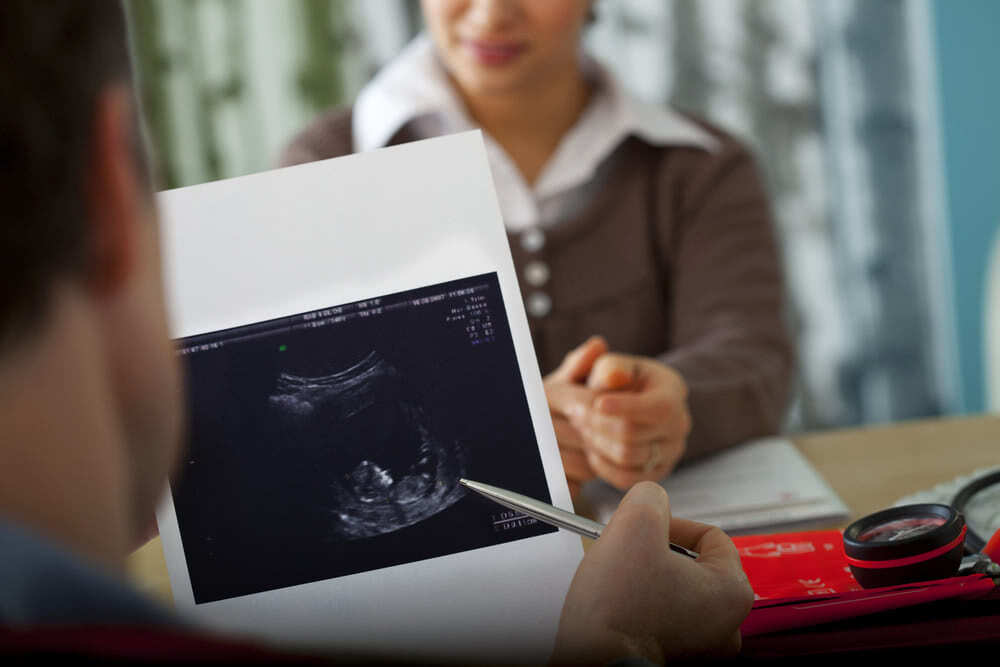 Prepare yourself for physical and psychological changes

In the first trimester, and especially in its second half, the level of hormones in the body of a pregnant woman increases significantly. These greatly affect the woman's physical and mental condition. During this period many expectant mothers are irritable or suffer from mood swings. However, this is completely natural and there is no need to worry about it. For most women, this situation settles down around week 12 of pregnancy.

In addition to nausea, sleep disorders and increased fatigue can also occur. Sickness, especially morning sickness, is also not uncommon. If a woman suffers from severe sickness, she take particular care not to become dehydrated.

Changes also take place at the physical level. Unlike the mental state, the majority of women experience positive changes in the first trimester. The breasts and hips become rounded and acquire more feminine shapes. The hair becomes thicker and the skin is radiant. Gynaecologists and obstetricians from the IVF Gynem fertility clinic agree that women are most attractive to men at this stage of pregnancy.

In the first trimester, pregnant women often get what are known as cravings. So, if you have an irresistible craving for something during your pregnancy, there is nothing wrong with enjoying it in moderation. This is most likely your body telling you that it needs something. It pays to listen to your body and satisfy its needs.

The eighth week of pregnancy is one of the most important stages in the transformation of an embryo into a foetus. Although pregnancy is not yet very noticeable in a woman, fundamental processes occur in the woman's body. During this period it is high time for regular gynaecological examinations and monitoring.